In this lab you will create the ECEN 330 version of the electronic Simon game. Electronic Simon, as you probably recall, is a game where the computer plays a sequence to you and you attempt to re-key in the sequence correctly. Correct attempts allow you to go on to attempt longer sequences. Electronic versions of Simon often combine colored lights with sound. For our lab, we will use the LCD/touch-pad to generate colored squares that the user will attempt to touch in the correct sequence (we won’t use sound).

This lab will be implemented using four concurrent, synchronous state machines. As before, I will stipulate the file-names, function-names, and so forth to expose you to at least one good way to implement the game.

Simon is much more complex than Tic-Tac-Toe, so we need to look at how the game is played in detail so we can come up with good implementation strategies. Our Simon game, as shown in the video above, will use four colored regions on the LCD. The colored sequence will be shown using these colored regions and the user will attempt to follow the computer’s sequence by touching the right sequence of colored regions.

Here is the organizational strategy that we will use:

You will complete this lab in four milestones:

Once again you are provided a main.c with code that can be uncommented to run the chosen milestone. Aside from uncommenting one of these lines, do not change main.c. 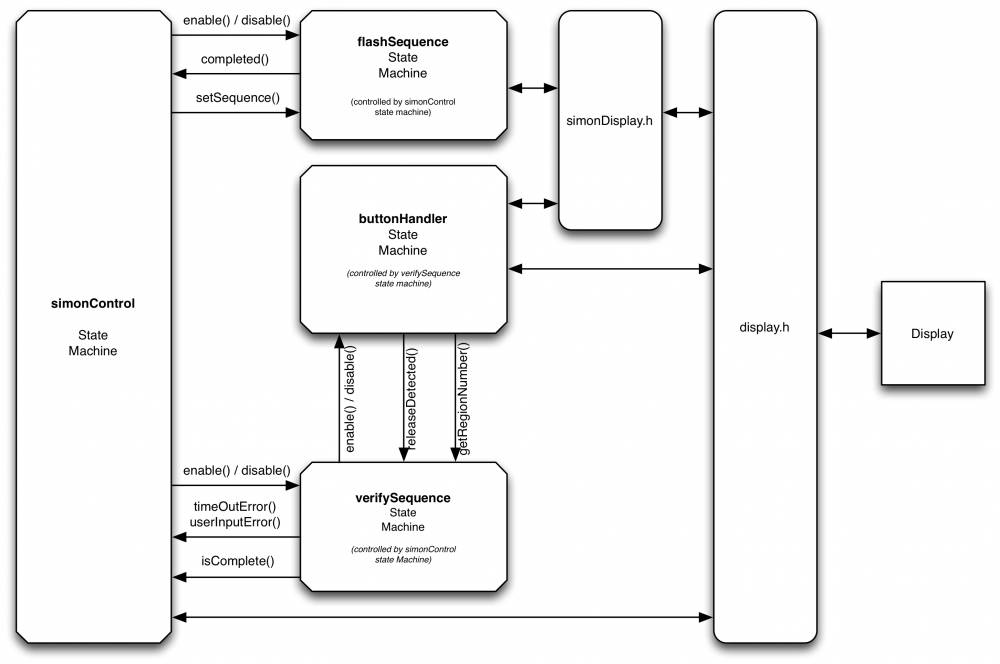 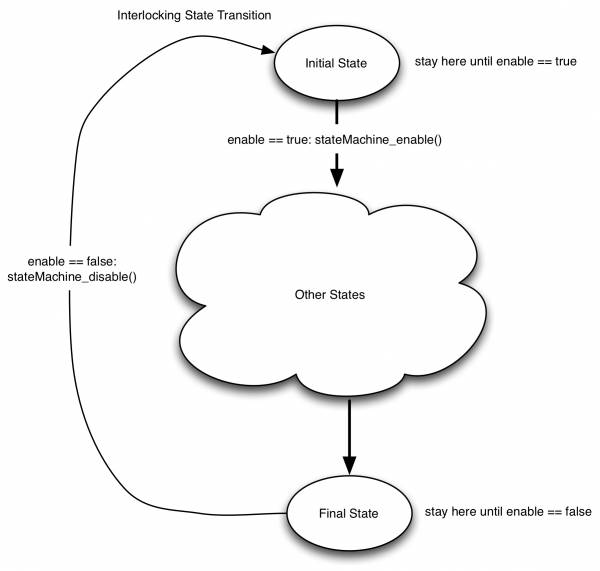 There are a couple of things to keep in mind with this approach. If you are doing things that must only be done once in either the initial or final state, you may need to add additional states (one after the initial state, one before the final state), or perhaps you can meet the need with a Mealy action.

This lab will be completed as several interacting modules. Individual descriptions of simon modules with helps and suggestions:

simonControl provides the top-level control for the Simon Game and it coordinates the behavior of the other state machines to implement the Simon game. You can watch the video at the top of this page to see how things are supposed to work.

We provide you with simonControl.h. You must implement at least the simonControl_init(), simonControl_tick(), and simonControl_enable() functions so that the provided simonMain.c can compile, link, and operate properly.

Follow the instructions on submitting source code to submit your code.