A few things to note about the hardware system that we have provided to you:

Here is simplified system diagram that only contains interrupt-relevant stuff. 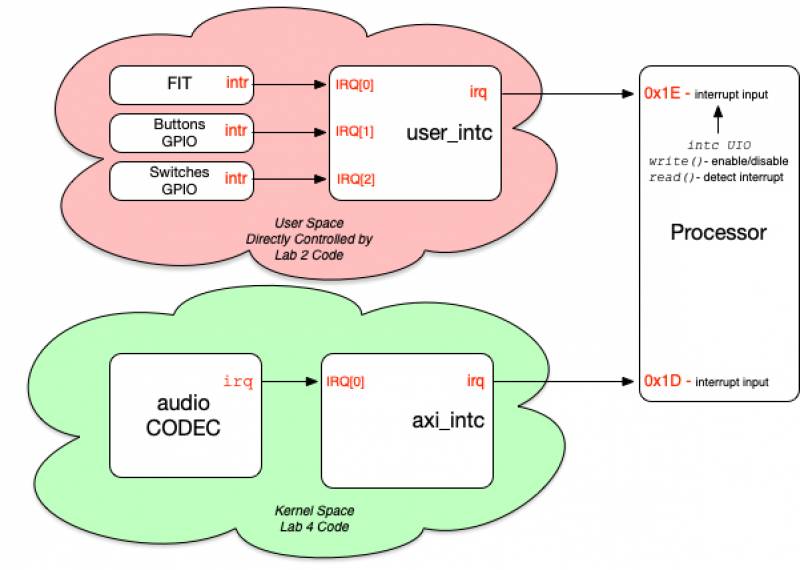